There are some moments that stay frozen in time, frozen in my memory. Moments when everything changed, in the space of a heartbeat:

Virginia Beach, 1999. Rhiannon was 4. We were playing in the waves, standing in hip deep water; I was holding her while the waves came in and broke on us. Laughing, giggling. My back to the ocean, braced for the next wave. I didn’t see it coming. A huge rogue wave broke over us, over my head.

In the space of a heartbeat, everything changed. I was swept off my feet, struggling in the churning surf and sand. Rhiannon was yanked out of my arms by the force of the wave, and as it washed back out, I caught her tiny foot. The most frightening moment of my life. I struggled not to let the tiny, slippery, foot go. The water was impenetrable: filled with sand, bubbles, murky, foaming waves. I could see nothing of her, knew her head was underwater, and she couldn’t swim. If I lost the little foot, she would be swept away, out into the churning tide and I’d never find her in time.

She remembers opening her eyes underwater, seeing the sand swirling around her, and having the feeling she was breathing underwater.

My knees suddenly slammed into the bottom, scraping off skin in an explosion of sensation. I finally knew which way was sky, light, and air; struggled up, gasping and spluttering, one hand still holding the tiny foot. I pulled hard against the current sucking her away, and dragged her into my arms. We staggered to shore, her arms & legs wrapped tight as a vise around me. I laid her down in the sand as she and I both coughed up water.

Never. Ever. Turn your back on the tide, on the waves, if you are holding a child.

I remembered that moment as I watched the images of today’s tsunami hitting Japan, watched the cars, the houses, all swept away. How many mothers fought desperately to hold onto their child as the relentless ocean tugged them away?

I grieve for them.

Another moment, frozen in time: 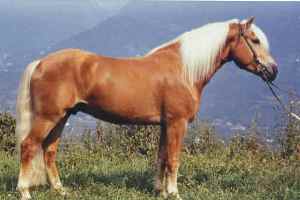 Ohio, 1994. I was 3 months pregnant with Rhiannon. I took Abraham, our Haflinger stallion, for a ride. It was the first time I’d ridden him, and the first time anyone had ridden him beyond the barnyard in a long, long time. We walked through the tall grass along the creek, in the narrow space between the creek and the electric fence that bordered the pasture. A fallen tree appeared ahead of us, and he danced, uncertain, while I urged him forward. Then, movement: a snake slithered out from under the log.

In the space of a heartbeat, everything changed. He tried to bolt, I tried to hold him. He fought me, then reared. Time slowed to a crawl. I grabbed his lush mane, and hung on, saw he had half turned; saw the electric fence wire, nearly invisible in the tall, dry, rustling grass, resting against his chest. Fought to get him to back up as I waited for the inevitable: the fence pulsed with electricity every 5 seconds. I heard the ZAP!, and he  sucked in air in a huge grunt of shock, a sound I’ll never forget. At the second ZAP!, he reared again, leaving me still on him, but slid sideways in the saddle, barely clinging on. His front legs came down on the opposite side of the  electric fence, and I saw with horror the wire now under his belly, resting against his sheath.

Every second strung out, seemed to last forever. Another ZAP!, and that was all he could take: bucking furiously, he fought to escape from the wire.  I came flying off, my only thought to curl tightly around my pregnant belly. I hit the ground hard; rolled into a ball. Time almost stopped entirely. I had time, plenty of time, to see everything that was happening. The fence wire broke, and it coiled around his legs. Every five seconds another ZAP!, another gasp from his huge chest, even more frantic bucking. Looking up, I saw his belly above me. 1,200 pounds of berserk horse. The panicked stallion’s  hooves crashed around my body.  One thudded down a few inches in front of my face. I saw every hair on his fetlock in the instant before his hoof disappeared from view, and the soft earth showered down on my face. I think I was screaming at him, I don’t know what, just screaming so he would know where exactly I was.

I closed my eyes, curled up tightly, and waited for the hoof that would end my life, or the life of the baby I was protecting as well as I could.

An eternity later, he was finally free of the electric fence wire, and bolted back to the barn. I got up slowly, waited for pain, felt it in head, in back, in knee. But not belly. All dull pain; nothing sharp that would indicate something broken. I followed him slowly, so slowly, back to the barn.

All the way, I gave thanks to the Creator for Abraham’s remarkable determination not to step on me. I can’t imagine how he did it, in a full panic, fighting,  in his mind, a snake that was attacking him. Instinct-driven fear is an amazing thing; even more amazing was his unwillingness to crush the life out of me. A small miracle? or a big one?

We live our lives, go about our days, never wanting to acknowledge how fragile life really is. Just how quickly it can all change.

In the space of a heartbeat.

1 thought on “The Space Of A Heartbeat”