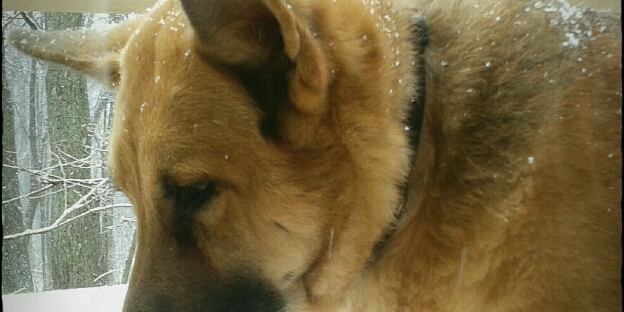 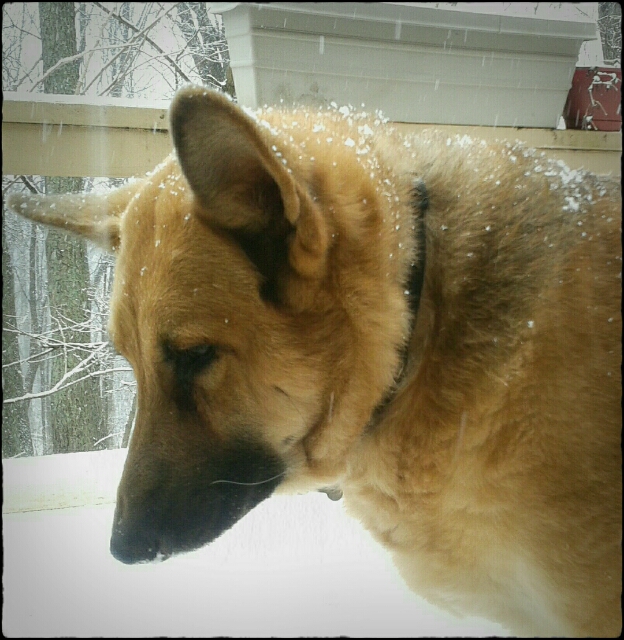 “Veterinarians deal with death the most out of any medical profession.”

“Does it ever really get any easier, euthanization?” asked the first year student.

“Every euthanization is difficult, but some hit harder than others…”
– from “Vet School” (TV show, NatGeo Wild)

Is there any such thing as a good death? A beautiful, peaceful, passing?

Is there a right way and a wrong way for the owners, scratch that, the human family of a beloved companion animal to act, when they have to free a well loved furry family member from life, because of illness or injury? When the vet is there, administering the fatal meds, is there a proper or expected or normal way to act? Or do they see a whole range of responses?

Our vet cried, along with Rhiannon and I, when we put dear Kasha to sleep, on Nov 2. I’m pretty sure it was my actions that caused that. 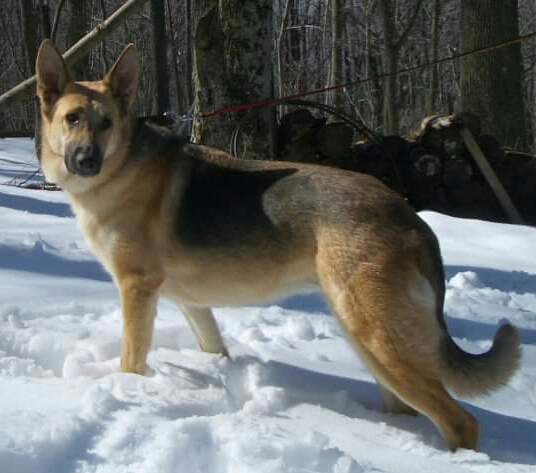 Let me back up, and set the scene… Kasha was 12 or 13 years old, quite old for a giant of a dog, weighing over 100#. She was a shelter dog, rescued from the ASPCA when less than a year old. She had been a member of the family a long, long, time.

Kasha had developed multiple issues, including deafness, a heart condition, gallbladder problems, and then, canine degenerative disc disease began taking a huge toll on her, worsening dramatically in August. She had muscle spasms in her rear thighs and legs, and stiffness, then finally started having a hard time getting her rear legs up, standing or walking. She just couldn’t coordinate her back legs properly.

I watched her those last two weeks with her spinal issues weighing heavily on my mind. I had just been told that my own back pain wasn’t just scoliosis or a slipped disc.

No, nothing is ever that simple with me. Instead, I have “severe multilevel degenerative disc disease” of pretty much my whole spine. And Kasha had the canine equivalent.

So the question on my mind that last few weeks was, “is she in as much pain as I am?” Because I was in a lot of pain, with sharp pains in my spine, feeling discs moving around, sciatica in my hips making it hard to get comfortable, no matter what position I tried.

Did she feel that way? I don’t think so, at least not until the last few days, and I dosed her with pain meds then, while we waited for it to be Monday, and the vet able to come…

Books on grieving pet loss all say when you have to be the one to make the call, that so-dreaded and very final decision, that everyone feels guilty to some extent.

I didn’t. It couldn’t have been any clearer, watching this beautiful, still so-very-loving, old friend, drag herself around with her front legs, unable to stand her rear up without assistance. How affectionate she was those last few weeks, relishing all the extra attention she was getting…

We were lucky, and a local vet has just started doing house calls. She had known we were almost there, and was waiting to get the call… and then it was clearly, so clearly, time.

The vet was running late that day, but it turned out to be for the best, I think. We had moved Kasha out into the yard, and as the sun fell and the light began to die, we brought candles, many candles, outside.

For an hour or so, Rhiannon and I sat beside Kasha, lavishing her with Love, expensive treats, and cheese. We told her how much she meant to us, swapped stories about what a good dog she’d been, shared the funny stories, and commemorated her life.

We were ready, when the vet arrived. She quietly asked questions, to understand the situation better. We managed to stop crying long enough to answer them. I suspect our tear-streaked faces told her more than enough.

The vet was gentle and patient, and Kasha was soon sedated, nearly asleep, her head in my lap… the vet waited until we were ready, to give that final injection.

My forehead rested on Kasha’s, one hand cradling her head, the other in Rhiannon’s tight grip, as tears streamed like a river over Kasha’s head. I whispered to her that it was okay, that she should fly free, my beautiful girl, away from the pain, and that we’d be okay.

Kasha’s nose against my leg told me when her breathing slowed, and stopped.

I don’t know how it is for other people in the same situation.

But as deaths go, this one was peaceful, reverential, sacred. An act of mercy, a setting free, done with so very much Love. I can only hope my own passing, when it comes, is such a gentle one.

And maybe that’s why the vet cried. I don’t suppose it’s every day she sees a sacred passing, a silently sobbing owner, forehead to forehead, eye to eye, with her beloved companion, as their soul takes flight.

You’re in the arms of the angels, now, Kasha.
We Love you.
Now, forever, and always.

1 thought on “A Good Death”

I'm Ash, and this is Wolfdreams. I mostly seem to be writing about living with ME/CFS, FMS, Lyme, and other chronic illnesses, lately, but I far prefer to ramble on (and on) about Life, dogs, nature, and spirituality. I'll try to get back to more of that! !